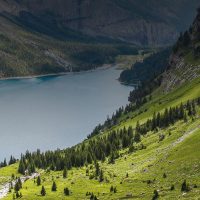 The Chief Executive of the Environment Agency has warned that England is set to run short of water within the next 25 years. As reported in the Guardian, Sir James Bevan warned that the country is now facing the so-called “jaws of death” – the point at which demand for water outstrips supply. Demand is ever-growing due to the country’s growing population, whilst supply is falling due to climate change.

This situation is driven by the twin factors of population growth, urban development and climate change. The population of the UK is currently 67 million, and forecast to rise to 75 million by 2050. At the same time, temperatures are rising. Summers are predicted to be significantly hotter. By 2040 more than half of summers are likely to be hotter than the 2003 heatwave.

The effect of this could be to reduce the amount of water in some rivers by 50-80% during the summer months. This risk is not hypothetical. We’re already seeing the impact of water shortages due to climate change, as we have written about on this blog before.

This situation requires urgent action, from both individuals and organisations. Water companies have committed to reducing the amount of water lost to leaks by 50% by 2050. The Environment Agency has plans for potential new reservoirs, desalination plants and pipelines and canals to enable water to be transferred to where it is most needed.

However, what’s also needed is a strategy to help individuals and companies to reduce their water usage on a day to day basis, by as much as a third. Currently the average person uses 140 litres of water per day and this needs to be reduced at least down  to 100 litres. This can be achieved not only by helping people to reduce the amount of water that they use when they’re at home but also by organisations working to reduce the amount of water that employees use when they are at work.

At Ecoprod we’re dedicated to helping our clients to reduce their water usage. Our original focus was on waterless urinals but since then we’ve added a range of other water saving products to our portfolio including water efficient taps, showers and water management systems.

Waterwise themselves recommend that organisations switch to waterless urinals. This can have a massive impact on your water usage. Our Urimat waterless urinals typically save 100,000 litres of water per urinal per year. Sensor taps (also recommended by Waterwise) can also reduce water usage significantly. Our Conti+ range of taps reduces water usage by up to 70% compared to traditional taps.

We’re past the point where water saving can be considered as an “optional extra” within organisations. It’s now commonplace for companies to focus on efforts to improve recycling, cut emissions, reduce their carbon footprints and so on. Offices have stickers to remind people to turn the lights off, separate bins for recycling, initiatives to reduce single use plastics.

Water saving needs to be considered in exactly the same way, as the default setting, the thing people do without thinking about it or needing to be reminded. Attitudes need to change so that, as Sir James Bevan says “We need water wastage to be as socially unacceptable as blowing smoke in the face of a baby or throwing your plastic bags into the sea.”

For more information about how to make your washrooms as green as possible, download Ecoprod’s free Green Washroom Guide. There’s also advice on how to embed water saving initiatives in your organisation on our blog here. We also have a partnership with the Water Retail Company, enabling clients to work with industry-leading experts to develop water saving strategies for their organisations. Get in touch to find out more.