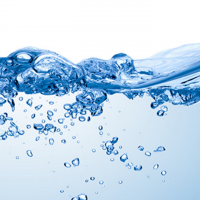 It’s been widely reported in the press over the last few weeks that the country faces a significant drought threat. The Government’s National Infrastructure Commission recently reported that England faces a one in four chance that our taps will run dry within the next 30 years unless drastic steps are taken to more effectively manage our use of water.

We’re already facing drought conditions in some parts of the country. Low rainfall in the south of England this year has led to Southern Water applying to the Environment Agency for a drought permit what would allow it to take extra water from the Medway to refill its low reservoirs.

Earlier this year extreme weather led to significant water shortages throughout the country. Snow from the ‘beast from the East’ thawed quickly leading to burst pipes and water mains, as a result of which both Cadburys and Jaguar Land Rover were forced to shut their factories temporarily, schools closed, residents were reliant on emergency bottled water and a hospital in London was forced to tweet Thames Water asking for 500 bottles of water for patients.

Globally the problem is even more acute. In Cape Town, for example, it’s predicted that ‘day zero’ – the day when more than a million homes no longer have any running water – is due in July of this year. Severe water rationing is in place, with usage limited to 50 litres per person per day. Compare this to the fact that the average US citizen uses 375 litres per day and you get a sense of the scale of the change that’s needed. In Sao Paulo day zero happened in 2015 and the city was forced to turn off its water for 12 hours per day.

As long ago as 2014 American global security experts warned that “As water shortages become more acute beyond the next 10 years, water in shared basins will increasingly be used as leverage; the use of water as a weapon or to further terrorist objectives will become more likely beyond 10 years.”

Back in the UK, the Environment Agency recently warned that England is facing significant water shortages by 2050 unless steps are taken to reduce water usage substantially. Emma Howard Boyd, Chair of the Environment Agency, says “We need to change our attitudes to water use…we are taking too much of it and have to work together to manage this precious resource”, and the Environment Agency suggests a target of reducing personal usage from 140 litres per day down to less than 100.

Most of the advice reported in the aftermath of this report relates to how individuals can reduce water use at home, but what about organisational water use? At Ecoprod our focus has always been on helping organisations to reduce their water use, and our products enable very significant water savings indeed to be made relatively easily. For example:-

Call us today  for more information about how our products can help you save water. Why not download a free copy of our Green Washroom Guide for more advice on how to make your organisation’s washrooms as sustainable as possible? 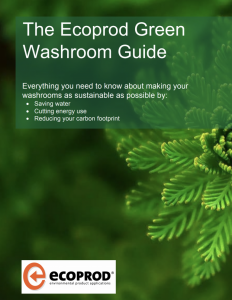 It’s save lives, clean your hands day on 5 May – here’s how sensor taps can help
How a digital water management system can help you address your water management health and safety obligations more effectively